Our Doctors & Our Practice
in Maple Ridge

Our team is dedicated to providing you with outstanding eye care for life. To us, that means approaching eye care with a patient-first mentality, so your individual needs are always taken care of.

Whether it’s your first time visiting our practice, or you’re one of our patients who’s been visiting us for years, we can’t wait to see you!

At Maple Ridge Eye Care, we exist to serve our patients and foster lifelong, trusting relationships.

Our team has provided our patients and their families with excellent eye health care and quality eyewear for over 70 years. Our focus hasn’t changed over time: it is still on you, our patient.

Whether you are being assisted by our dedicated staff or our knowledgeable optometrists, you will receive friendly, caring, and professional service.

Our Commitment to You

At Maple Ridge Eye Care, we know that every patient has a different eye care story. It’s important to us to provide each of our patients with the highest level of optometric service possible, in a way that is suited to them. Our expertise and clinical knowledge help us to create a patient-centered approach to vision care.

Our optometrists are highly trained in the diagnosis and treatment of eye diseases and are committed to long-term continuing education. Our opticians have years of experience fitting frames and selecting accompanying lenses to find the right eyewear for you.

Our practice is equipped with modern technology and progressive treatment methods to help your vision and eye health be the best they can be. We use technology to determine your prescription for optimal vision, assess your eye health, diagnose, treat, and help prevent eye diseases.

We are your destination for the latest eyewear trends. We carry both unique and popular frame brands, along with a wide selection of sunglasses in our Sunglass Cove. At Maple Ridge Eye Care, we can help you find the perfect frames for you, no matter your style or vision needs. 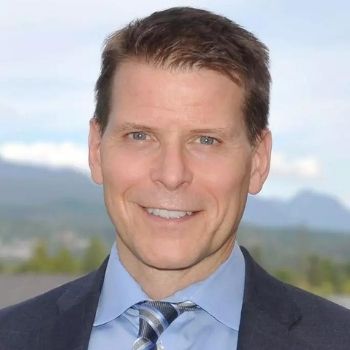 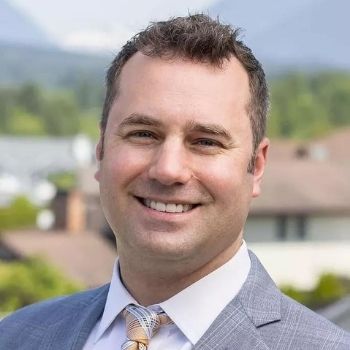 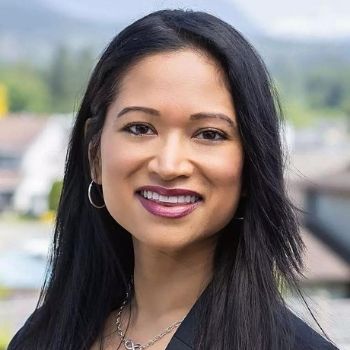 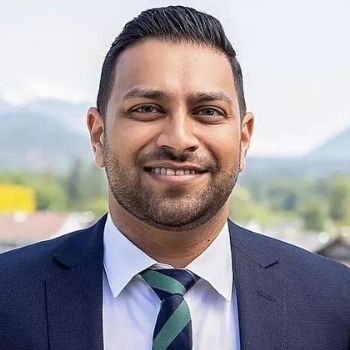 Originally from Salmon Arm, British Columbia, Dr. Hurlbert returned to BC after graduating from the University of Waterloo, School of Optometry, in 1995. In 1997, he joined Maple Ridge Eye Care and assumed ownership of the practice shortly thereafter.

Dr. Hurlbert attended the Omni Eye Center in Atlanta in 1994 where he worked alongside cataract, glaucoma, and retinal surgeons in the treatment of advanced eye disease. Subsequent to this, he was certified by the American Board of Examiners in the treatment and management of ocular disease.

Dr. Hurlbert enjoys living and volunteering in the community. He was previously elected to the board of the College of Optometrists of BC in October 2007, serving for close to 4 years, as well as serving on the Board of the British Columbia Doctors of Optometry. Dr. Hurlbert now volunteers, currently working as the treasurer, on the board of directors for the Ridge Meadows Child Development Centre, a nonprofit society that provides early intervention therapies in the areas of speech and language, physiotherapy, and occupational therapy to local children under the age of 5.

In his spare time, Dr. Hurlbert enjoys playing soccer and has played in the Fraser Valley Soccer League for over 20 years. Additionally, he has managed the Masters O-35 North Delta team for the past three years.

Dr. Hurlbert’s wife, Eileen, works for the practice as well (behind the scenes). They have 2 wonderful daughters, aged 10 and 12 years old.

Dr. Gary Matter received his Bachelor of Science from the University of Waterloo in 2007 with an emphasis in human physiology. He later returned to school to pursue his passion for eye care. In 2012 he graduated from the renowned New England College of Optometry amongst the flourishing medical community in Boston, Massachusetts. He has the distinction of being a member of the Optometric Honour Society during all 4 years of schooling in Boston. He completed a specialty contact lens rotation in the treatment of keratoconus, post-surgical complications, and many more corneal conditions utilizing scleral lenses and other forms of custom contact lenses.

Originally from Ontario, Dr. Matter appreciates the people, the outdoors, and everything British Columbia has to offer so much, he relocated to Pitt Meadows, joining Maple Ridge Eye Care optometrists in August of 2012. He became a partner in the practice in September of 2015. Since then, he has enjoyed establishing himself in the local community and providing quality eye care in the Ridge Meadows area.

Dr. Rughani was born and raised in Kingston, Ontario. She graduated from the University Of Waterloo’s Doctor of Optometry program in 2004. During her externship at Waterloo, Dr. Rughani worked alongside several ophthalmologists specialized in glaucoma, cataracts, retina, and oculoplastics. She has also worked at a Lasik centre where her primary roles were to evaluate and approve Lasik/PRK patients, as well as manage their post-operative care. In addition, she has volunteered on eye care missions to Jamaica and Mexico and hopes to do so again in the future to help underprivileged people in need of eye care. Dr. Rughani’s optometric interests include contact lenses and treating/managing ocular disease. She is a certified Holistic Nutrition and Health Coach, and is a firm believer in preventing eye disease by way of healthy diet and lifestyle.

In her spare time, Dr. Rughani enjoys hiking, yoga, biking, and spending time with her three children. Music plays a big role in her life – she loves to play the piano and has been the lead singer in several bands.

Originally from Delta, Dr. Naidu graduated with honours from the Illinois College of Optometry in 2018. He returned home to beautiful British Columbia where he happily serves the eye care needs of the patients of Maple Ridge and Pitt Meadows.

As an extern at the University of Kentucky in Lexington, Dr. Naidu triaged urgent care cases, co-managing patients with ophthalmologists of all sub-specialties. This externship also allowed him to fit a wide variety of specialty contact lenses including scleral lenses, RGP lenses, and orthokeratology lenses. During his time as an extern at the Illinois Eye Institute in Chicago, Dr. Naidu treated and managed patients at the Chicago Public School System with conditions such as amblyopia, strabismus, and binocular vision disorders. These 2 externships related to 2 areas of interest for him: specialty contact lenses and ocular disease.

Dr. Naidu has been an active volunteer over the years, serving for a year as the elected president of the Gold Key International Optometric Honor Society. He also mentored for the Vancouver Boys and Girls Club for 2 years, where he launched a new program designed to tutor/mentor foreign students within the community.

Outside the office, you will find Dr. Naidu enjoying hiking, travelling, and spending time with friends and family. He enjoys providing vision care to the local Maple Ridge community and welcomes new patients without a referral.

When you visit Maple Ridge Eye Care, each member of our staff will greet you and work to meet your needs. Our staff is focused on providing you with the highest level of care possible. Our team is carefully selected to ensure customer care is always the priority.

When you come in for a new eyeglass prescription, you’ll work with one of our licensed opticians or frame consultants. These individuals are truly dedicated to helping you find the eyeglasses that are right for your specific needs. Combining years of knowledge and experience, Janice, Helen, Brenda, Julian, Vicky, Niki, Jeffrey, and Val are available to help you choose the frames that you’ll love seeing in the mirror each day.

We care about the service we provide. Janice is our dedicated office manager and she’s here to assist you with any concerns you may have. At any time, feel free to talk to Janice about your experience at our office.

Our patient care staff is here to assist you during your eye care appointment. When you arrive at Maple Ridge Eye Care, Vivian, Tobi, Rita, Dawn, Alicia, Henna, Aneko, Joshua, or Robin will greet you and ensure your appointment goes smoothly every step of the way.

These professionals will also conduct various tests prior to your visit with your eye doctor. This may include eye pressure measurements for glaucoma screenings, visual field screening tests, corneal assessments for contact lens fittings, as well as digital retinal photography to help with eye health care.

Maple Ridge Eye Care is located on the corner of Dewdney Trunk Road and 230 Street, directly across from the Tim Hortons. Parking is available in the lot directly behind our practice. If you have any questions or are having trouble finding us, please give us a call!

View All Our Brands

“Maple Ridge eye care is awesome!  The doctors there are very professional and personable.  They walked me through everything they were testing on my eyes and so I felt very comfortable.  They have a great selection of frames as well. The frames I got were fabulous and I’ve received so many compliments on them! All and all a great experience and I would highly recommend to anyone.”

“We had a great experience at Maple Ridge Eye Care!  Dr. Matter was very knowledgable and personable.  He took the time to answer all my questions and explain everything in terms I could understand.  He was also great with my 3 year old son.”

“My wife and I have been going to Maple Ridge Eye Care for a number of years. We have since moved to Hope, BC and still continue to remain their patients.  We have purchased many glasses from them over the years and have always received the best value for our dollar.  Dr. Hurlburt and his staff have always provided the best and friendliest service, we would never trust anyone else with our eyes!”

“Although no longer a resident of Maple Ridge, I continue and will continue returning to Maple Ridge Eye Care for my eye care needs. The staff are the friendliest and most knowledgeable group I have had the pleasure of dealing with. The exams are very comprehensive and I feel confident that any and all eye sight issues (or related health issues) would be identified early and while they are treatable.”

Read All Reviews
Leave a Review

Many people are switching to contact lenses for their vision correction. After all, how can you argue with benefits like improved aesthetics, unobstructed vision, no glare, and convenience?  But first, you need to get the right contacts for you, whether standard or specialty lenses. A contact lens fitting can ensure your contacts fit your unique […]

How Long Do Prescription Glasses Last?

Prescription glasses use prescribed corrective lenses for many eye conditions to improve your vision. It all starts with a comprehensive eye exam. […]

What Can an Eye Exam Detect?

Healthy eyes and vision are crucial for everyday life. Comprehensive eye exams provide a complete picture of your eye health. This exam forms part of preventative care, ensures optimal vision and prescription, and detects eye diseases that might go unnoticed if not done regularly.  With age, your eyes continue to change. Many people aren’t aware […] 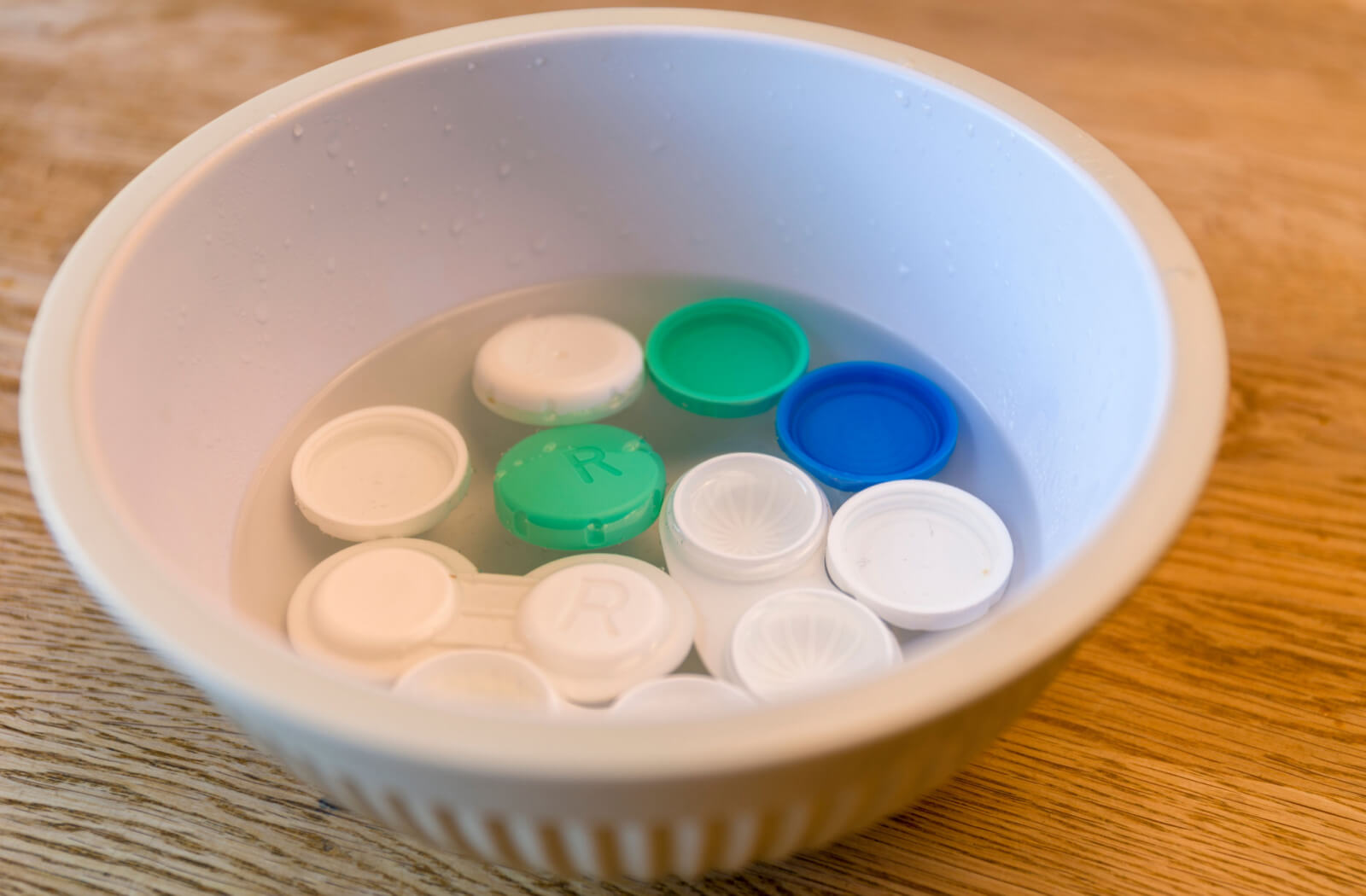 Many people are switching to contact lenses for their vision correction. After all, how can you argue with benefits like improved aesthetics, unobstructed vision, no glare, and convenience?  But first, you need to get the right contacts for you, whether standard or specialty lenses. A contact lens fitting can ensure your contacts fit your unique […]

How Long Do Prescription Glasses Last? 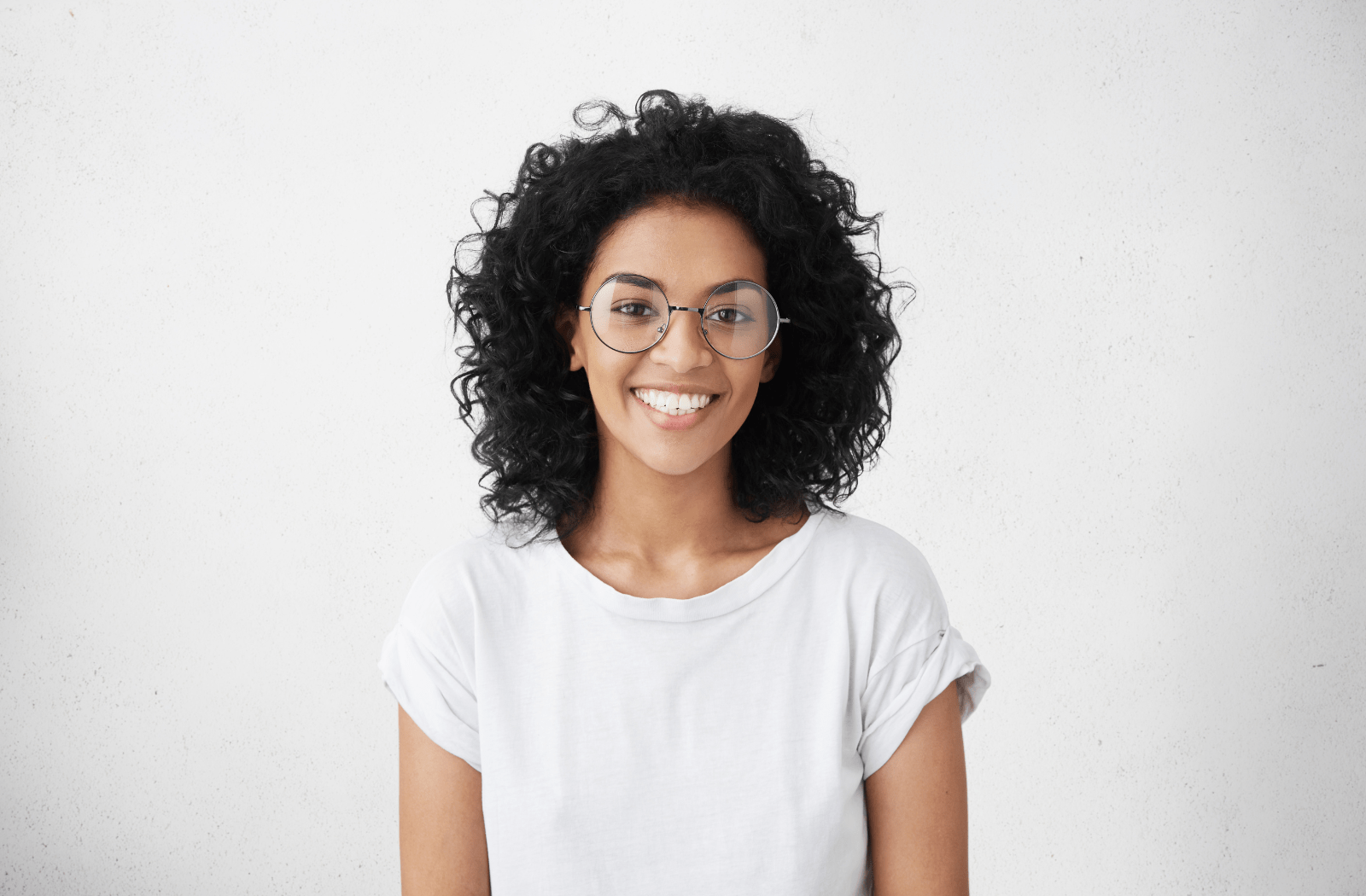 Prescription glasses use prescribed corrective lenses for many eye conditions to improve your vision. It all starts with a comprehensive eye exam. […]

What Can an Eye Exam Detect? 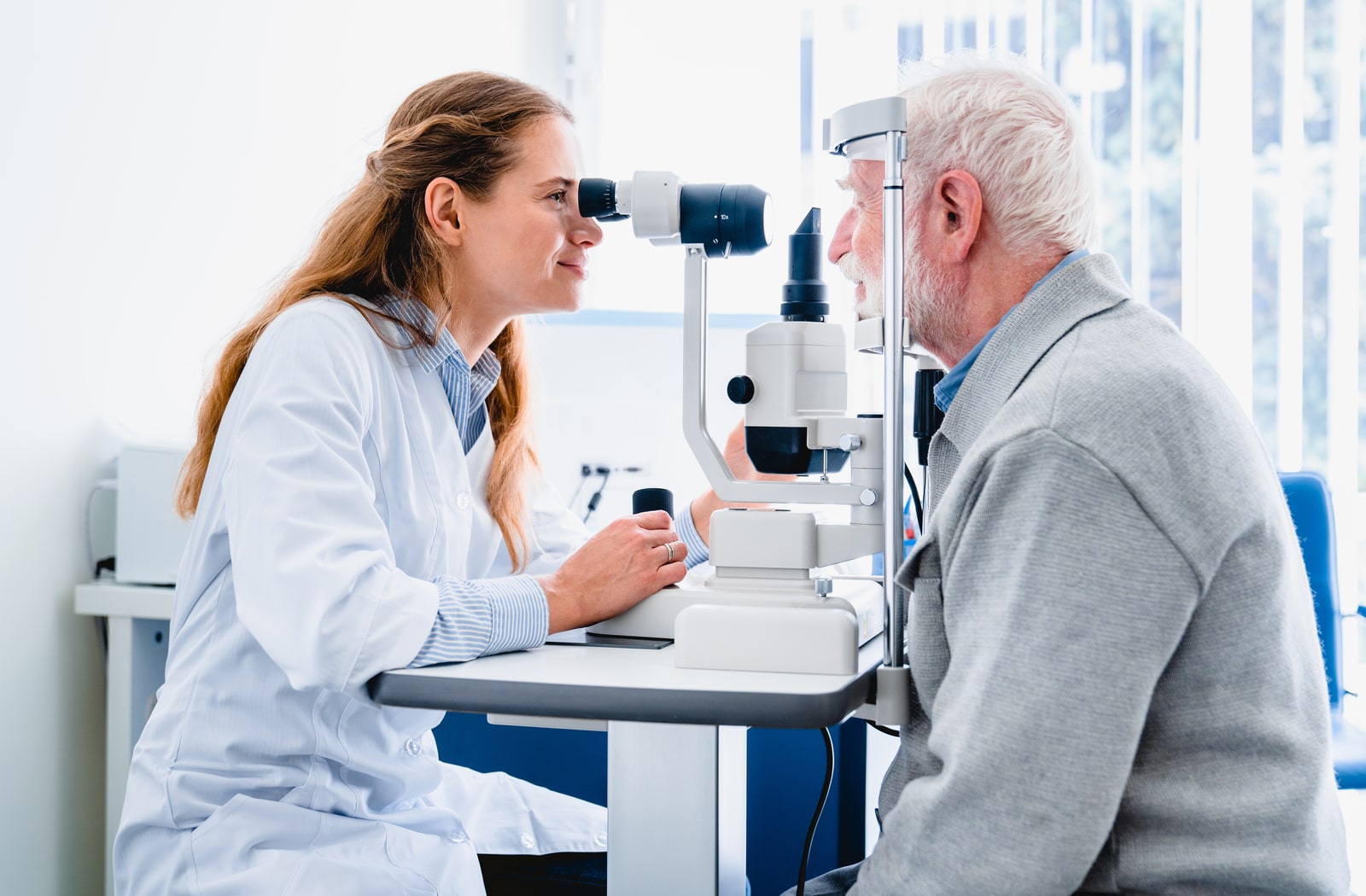 Healthy eyes and vision are crucial for everyday life. Comprehensive eye exams provide a complete picture of your eye health. This exam forms part of preventative care, ensures optimal vision and prescription, and detects eye diseases that might go unnoticed if not done regularly.  With age, your eyes continue to change. Many people aren’t aware […] 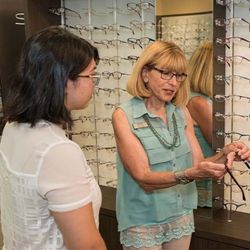 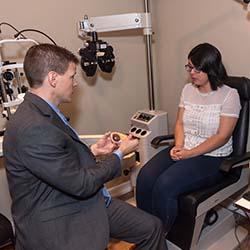 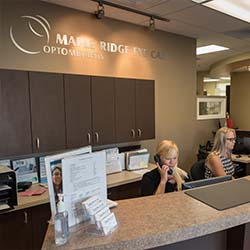 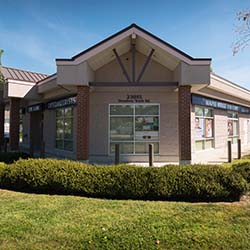 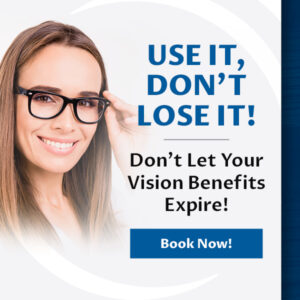